The Government of Sierra Leone launched Free Quality School Education (FQSE) in 2018 to address decades of underfunding in the education system, which left it with multiple challenges and poor student learning outcomes. FQSE resulted in a sustained rise in enrolment, reducing the number of out of school children.

CGA Technologies was commissioned to conduct a six-month study to identify the barriers preventing out of school children (OOSC) from accessing education in Sierra Leone and understand the scale of the problem. The study, conducted on behalf of the Sierra Leone Ministry of Basic and Senior Secondary Education (MBSSE) and UNICEF, provided recommendations on how to address key barriers and achieve systematic and structural change at policy- and implementation- levels, particularly for girls and the most vulnerable, including children with disabilities.

We consulted with more than 500 people from across the country, including experts, community members, civil service workers and OOSC. Central to the data collection was hearing from those affected by the barriers, in particular out of school girls and parents in the community: the perspective out of school girls is reflected throughout the report ensuring gendered views are heard. 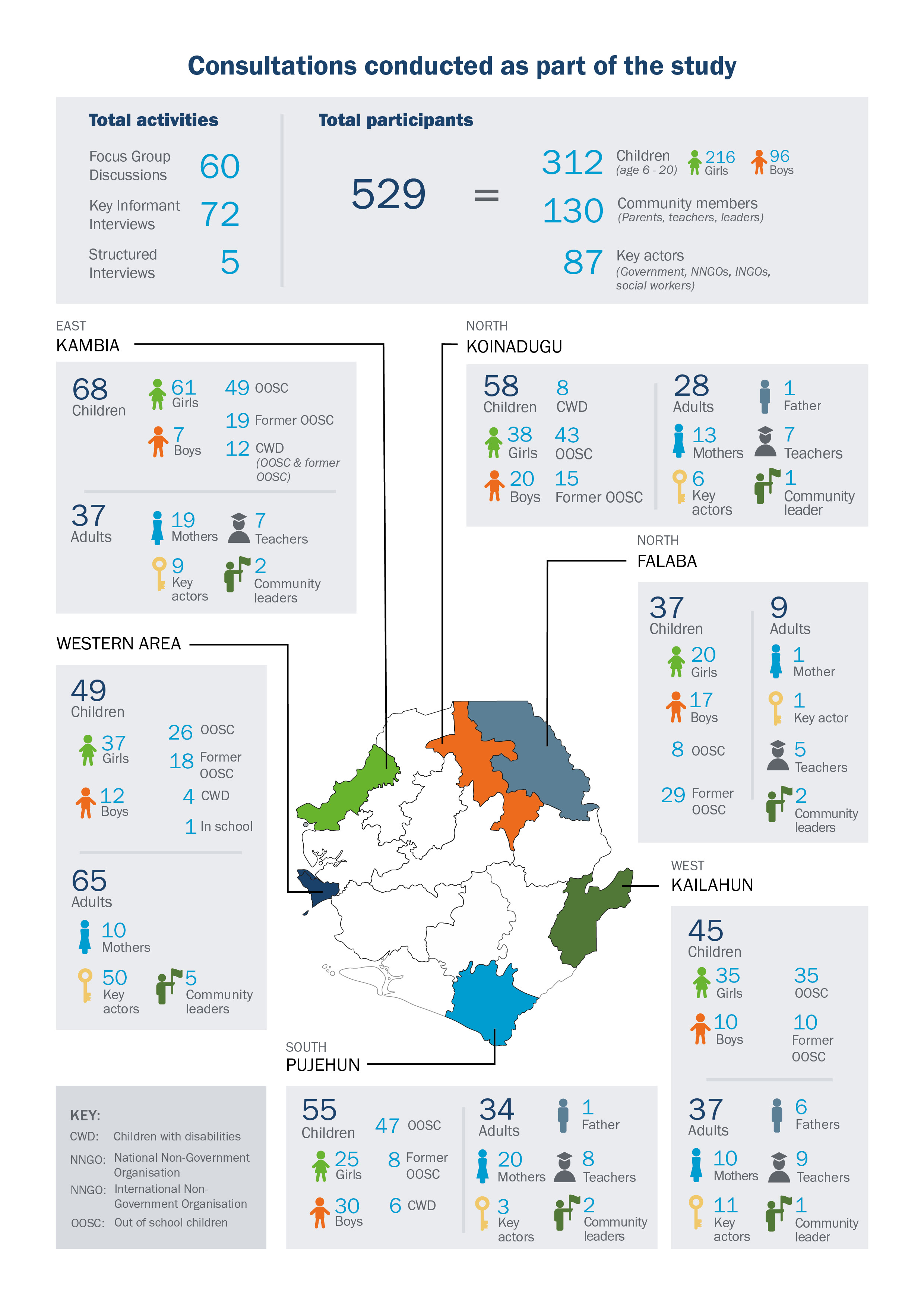 Our team analysed the data and wrote a 110-page report identifying the barriers, building an OOSC profile and providing 35 recommendations for policy, structural and programme improvements. The final report was commented on by a diverse group of 30 education stakeholders across the ministry, UNICEF, NGOs, and educationalists. 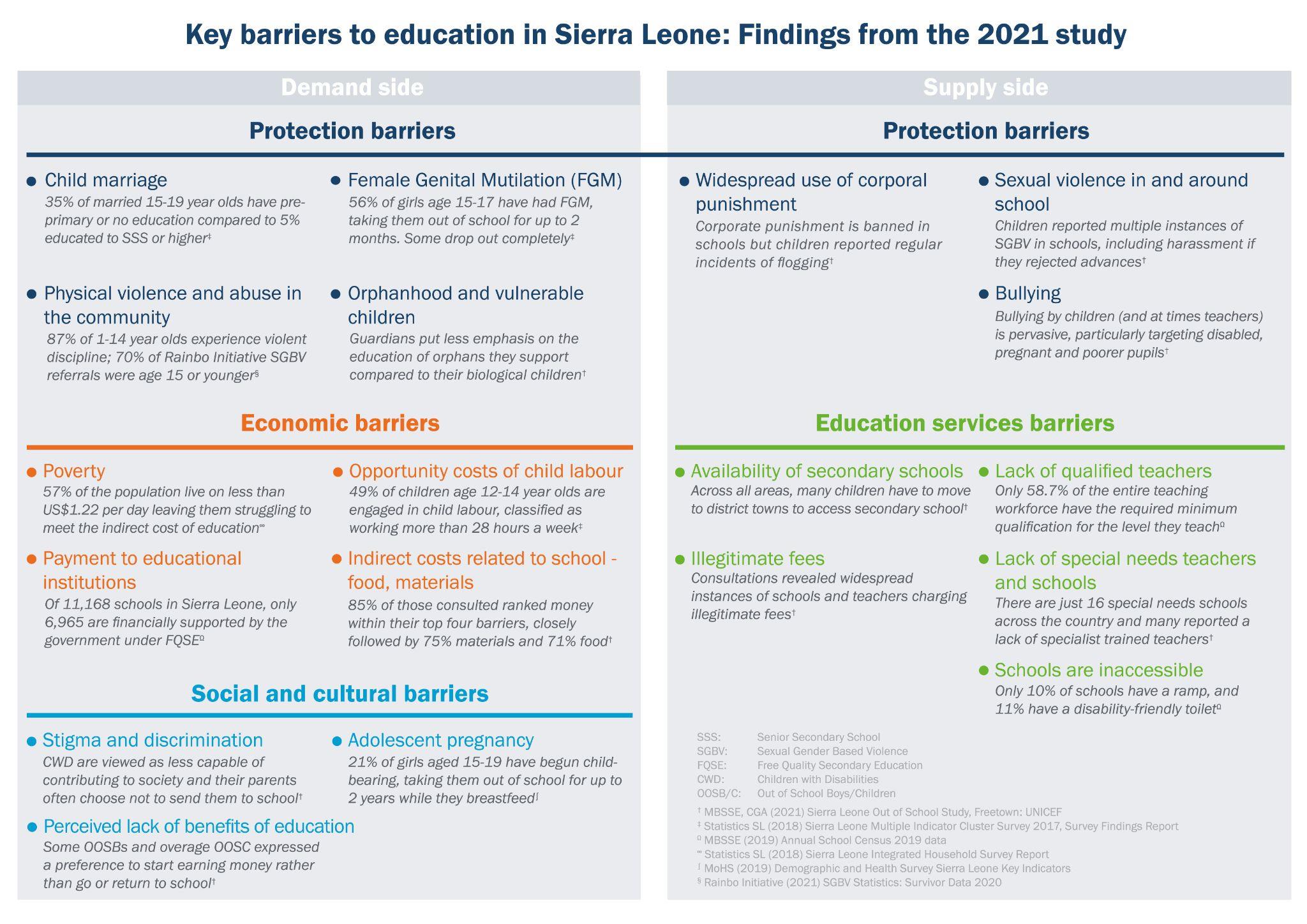 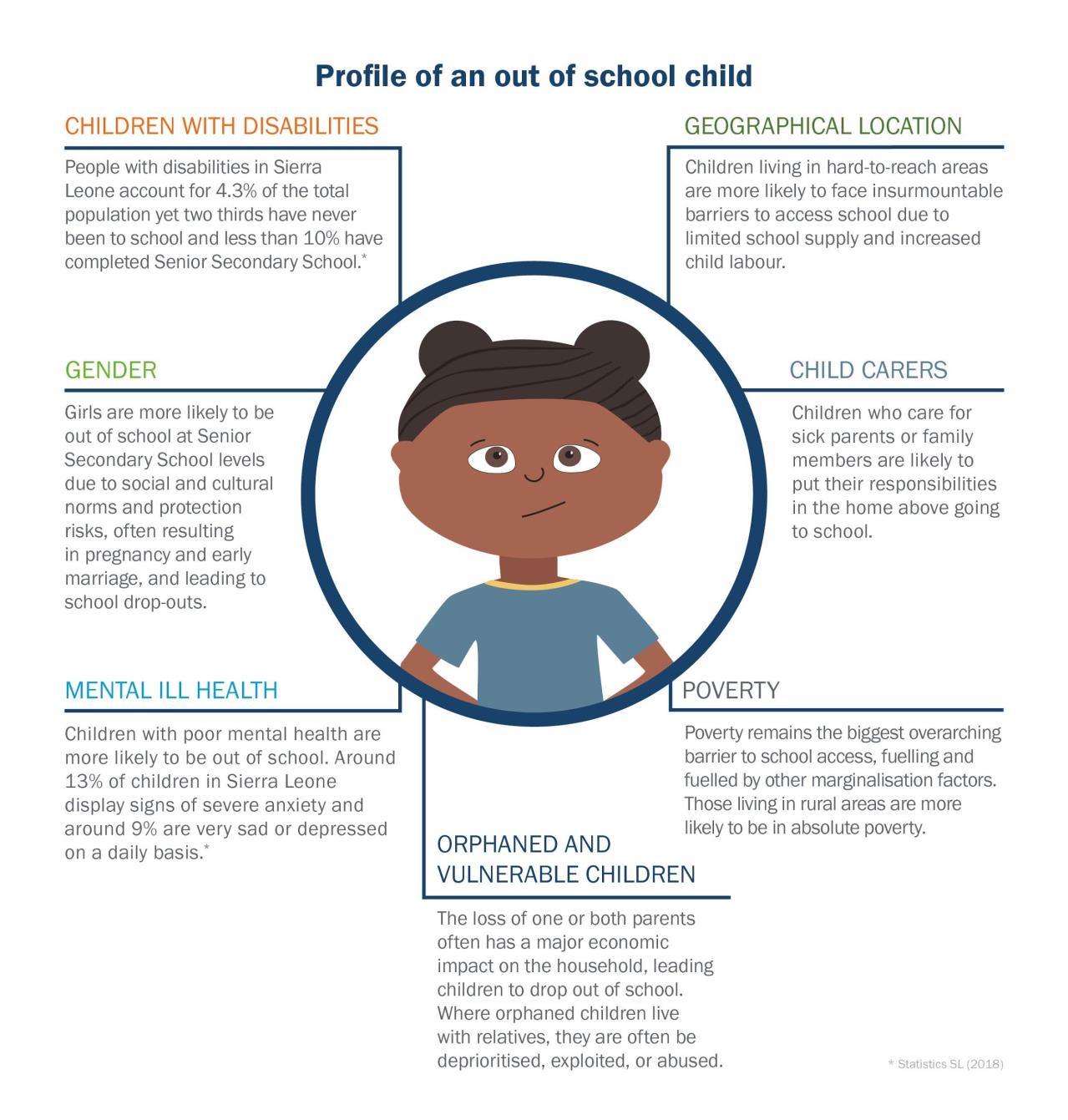 Four months after concluding the study, UNICEF hired us again for the next stage: writing Sierra Leone’s OOSC Strategy.